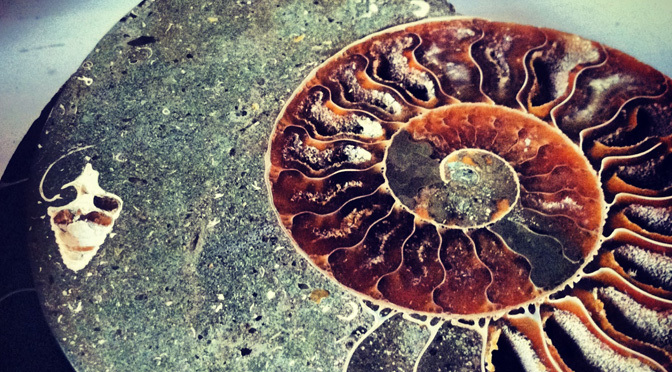 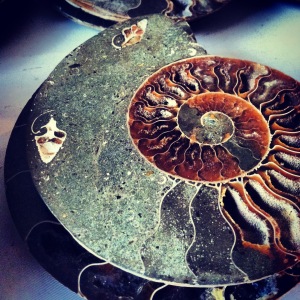 Like their cousin the nautilus, ammonites had a compartmentalized shell.Â  Most of their body was housed in the largest, longest, and last one known as the living chamber. Â It often filled with debris after the animal died, like the shells and limestone “mud” in this example. Â Because the living chamber is often damaged or less preserved than the middle of the shell, it is typically trimmed when preparing commercial fossils.

This cut pair ammonite comes from theÂ Mahajanga River Basin, near theÂ village of Ambatolafia, in the Sitampiky commune, in the Boeny regionÂ of northwest Madagascar, in the former province of Mahajanga. Â They date from the Early Cretaceous period,Â Albian age (~100 to 113.0 million years ago).